Home | The Art of Costume Wigs: A Tribute to Memorable Theatrical Hair Pieces

They are the unsung heroes of the theatrical world. They create the pieces that can truly bring the characters on the stage and screen to life. Yet, often, their creativity goes unnoticed. They are the wig designers who build costume wigs.

Whether on- or off-Broadway, these essential members of the costume team construct masterpieces that are sometimes elaborate, sometimes simple, and always exceptional. Few people sitting in the theatre seats truly appreciate or understand what these artists do, but here are just a few insights:

These labour-intensive works of art often do not receive the recognition that they deserve. However, as tribute hair aficionados and stylists who simply love a well-designed head of hair, we at 3rd Dimension Studios want to recognize some of the exceptional creations that have graced the stage.

One of the more popular, well-known productions to ever appear on Broadway, Les Miserables ran from 1987 until 2003, with 6,680 total performances. It continues to run in London and has won multiple Tony Awards. It has also been subject to a few revivals, and movie production.

Luc Verschueren is responsible for the hair and costume wigs from this production, and while some actors were able to get away with simply having their hair cut and styled, most ended up receiving custom-made wigs. This involved first coordinating with the costume designer, director, and wig maker, followed by extensive sketches to ensure each wig was period-appropriate.

Each actor was then wrapped and measured. Each costume wig was custom-made for the actor wearing it, which is why wigs were even created for the understudies. The wigs took about 50 hours each to build, done with real human hair laced in strand-by-strand. 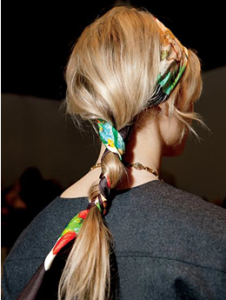 Perhaps the biggest wig-intensive challenge for any production company, managing the multitude of costume wigs for Hairspray is not a task for the novice. The early 2000’s Broadway production of this musical featured the talents of Paul Huntley, who is a household name when it comes to theatrical hair in New York. He has worked on almost 200 different Broadway pieces, including the renowned Cats.

Ultimately, the show sported more than 90 wigs. They ranged from natural pieces to synthetic ones and featured looks reminiscent of the ’60s, which in turn featured many styles that had been popular in the 18th century.

Not only was the job of crafting these wigs rather daunting, but caring for them was a true challenge as well. Many productions of Hairspray hire people to come in and care for the wigs between shows, which can involve washing, drying, restyling, setting, shaping, and curling them. This is a particular challenge for the wigs of Hairspray, as they feature many outlandish designs to mirror the outlandish time period.

Another challenge with these costume wigs is with changing them between scenes. In the Broadway production, one crazy round of wig changes involved 11 swaps, plus the application of an elaborate hat, all within about 14 minutes.

A current production receiving notice for its exceptional wig design is Casa Valentina. Set in the 1960s, the show revolves around a resort that used to cater to cross-dressers. This created a unique distinction: the tribute wigs in use during the show had to denote transvestites, not drag queens. This was an important factor that Jason P. Hayes, the wig designer, had to consider when designing the perfect heads of hair.

One of the wigs, worn by the character called Charlotte, took Hayes nearly a week to weave. In the end, it depicted a realistic hairdo from the 1960s. Reed Birney, who played Charlotte, indicated it was the wig that was the final tipping point for discovering the character of Charlotte and playing her accurately.

Hedwig and the Angry Inch

Another current production that features famed Neil Patrick Harris, Hedwig and the Angry Inch has the actor sporting an array of unique wigs, from a blond bombshell to a colourful Tina Turner-inspired shag. Mike Potter is the designer behind these wigs, which run several thousand dollars each.

Other productions presently receiving recognition include the $4,500 work of art worn by Francesca Faridany, who plays Hecate in Macbeth. It features a crown of thorns woven by Catherine Zuber, through which platinum blond tresses have been delicately placed. Aladdin is also currently running, with a 33-inch long hair piece for Princess Jasmine designed by Josh Marquette and inspired by none other than Kim Kardashian.

Where to Find Tribute Hair and Costume Wigs

If you need theatrical wigs of your own, then look no further than 3rd Dimension Studios. We not only provide realistic hair replacement solutions – but we also design, create, and style custom wigs for clients and theatrical productions.

Our wig master, Ales, has been part of the industry for decades, creating professional wigs ever since 1984. His pieces include exceptional Elvis wigs, as well as tribute and celebrity hairpieces of all shapes, sizes, and types. Well-known in the wig industry, Ales has received praise for his work on productions like King Lear and has received recognition from Bill Cherry, a well-known Elvis tribute artist.

If you are interested in having our professional team design, create, and style your theatrical wigs, then contact us directly by filling out our website contact form or call us today at 647.341.5700. We can create the custom piece that perfectly captures the effect you are trying to create, and which will accentuate your professional costume design.